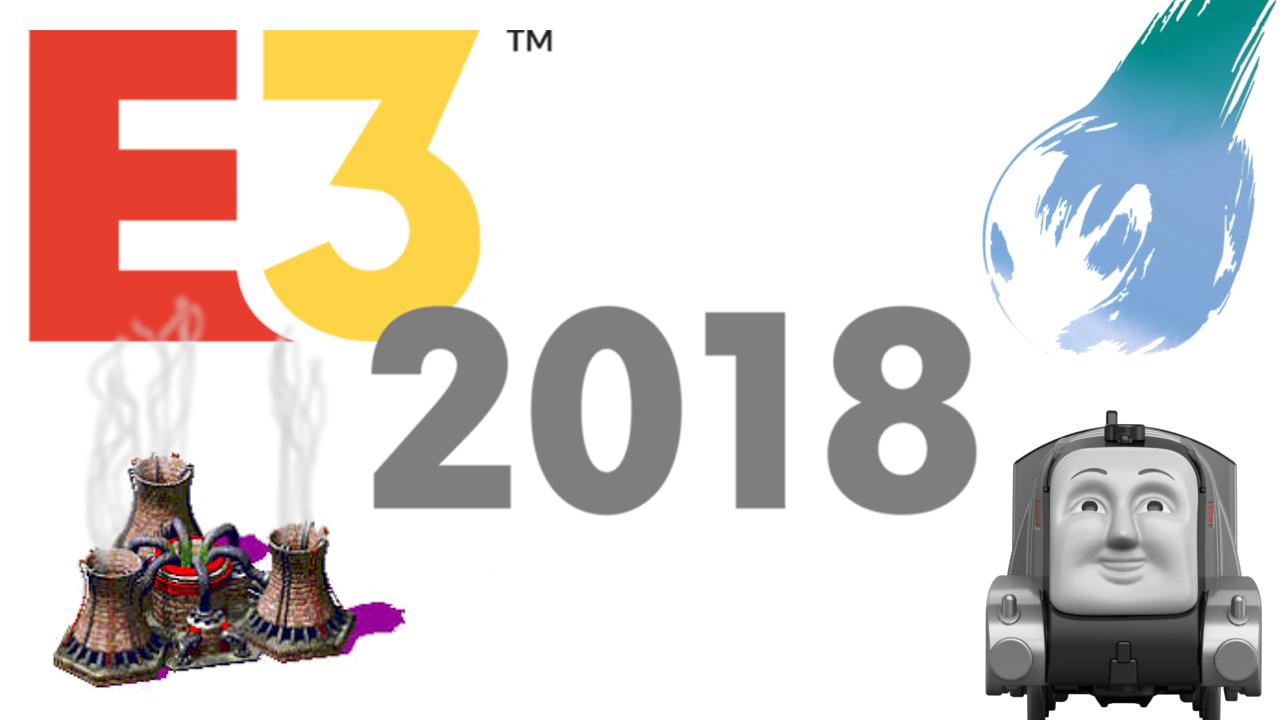 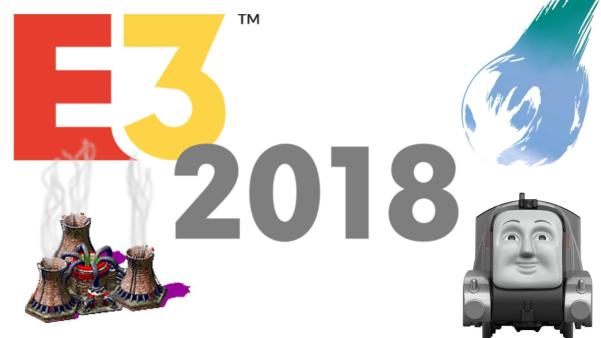 Choo choo. All aboard the hype train.

It’s nearly time for E3. So let’s have a look at all the awesome things that we can get overly excited about, and start getting our pre-orders in for this stuff.

Ringo Starr [narrating]: “Oh no, there’s been a terrible accident. The hype train’s derailed and smashed into the Sodor nuclear power plant.”

Janeiac: That doesn’t seem good Ringo. Should we call someone?

KB: It was absolutely horrific. Probably most horrifying thing she’d ever seen, and she’d once walked in on her mother having sex with a hairy pot dealer when she was 12. Sometimes she still had a memory of that monumentally hairy set of bouncing buttocks. It was not a visual memory, but was still scarred into her mind.

KB: Janeiac wondered if this was perhaps more tasteless advertising from the people that brought you the dismembered corpse that came with Dead Island. She felt deep in the very core of her being that somehow, all of this must have something to do with the E3 article that she’d planned to write.

J: What are you doing here?

RR: There are unspeakable horrors unfurling. It seemed appropriate. Also, I had to get out of that dungeon, the yoghurt was starting to go off and it smelled worse than a bile demon’s foreskin after a week of humping a handful of its own faeces.

Morgan Freeman [narrating]: They were, in fact, losing track of the whole E3 thing. People were supposed to be getting excited about the latest electrical wizardry, but sadly, everyone was too distracted by the fact that, Thomas was on fire, nuclear waste was turning biological matter to cancerous soup, and Richard Ridings had forced me to think about a bile demon’s foreskin.

RS: At that moment, Spencer pulled up and expressed his disappointment in the assembled narrators.

RR: A tory has entered your dungeon!

Spencer: I’m very disappointed in all of you assembled narrators.

J: Oh, do fornicate off, you David Cameron looking twunt.

RS: Spencer had to admit that he did rather look like David Cameron. Right up until the meteor fell from the sky and turned him into sheet metal.

MF: Such laughter in the face of a world falling to pieces was a much needed tonic. Everything had gotten rather dark of late in the world and laughter was really all anyone had left in the face of utter unpleasantness.

Edward Norton [narrating]: I never felt so alive as when the earth began to spew boiling lava that pushed up the train tracks, causing Gordon and Percy to go flying at high speed into the air. The whole world was tearing itself apart and I couldn’t help but notice Reggie Fils-Aimé, sitting on his horde of ill-gotten Amiibo and wrapping gaffer tape around his head like a discount balaclava, while laugh-crying and bleeding from a small graze on his knee, which he got while running too fast with an untied shoe lace.

KB: Ringo had been suitably chastised by Jane…

J: [glares at the assembled narrators]

Does anyone have any information about E3?

J: Sorry, it was because you did the voice.

AL: I suppose that’s fair. I do do other voices though, you know.

J: I did know that. You’re a very talented voice actor.

KB: Somewhere in the distance, Annie and Clarabel exploded into a billion splinters, which flew through the air and fell around the duck pond like a rain of needles.

J: So, let’s get this straight. None of us have any information about E3, or any idea about what’s coming.

J: Right, well, thank you everyone. This has been fascinating but I’m heading home.

AL: Pretty sure we’re going to see more of that Yoshi game from Nintendo.

RB: Jane felt an amazing sense of relief at hearing at least one thought on what might be appearing at E3. This was because she kind of liked the idea of writing about games but didn’t really have time to do proper research. Or rather she did, but she seemed to prefer oddly written improvisational pieces to actual journalism.

J: Hey, I’m not against journalism. I just prefer to get hands on before I write about games and stuff.

[distorted voice of Jigsaw]: Hello narrators. I want to play a game.

[Billy the puppet dejectedly rides his tricycle away, a single tear running down his cheek]

So there you have it folks, all the good good E3 news you could want ahead of next week’s big event.