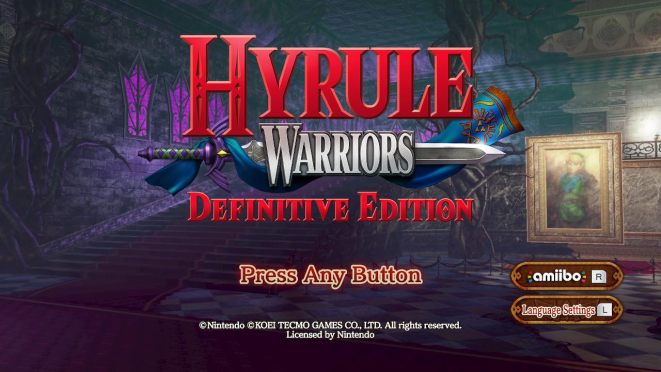 Hyrule Warriors: Definitive Edition has just been released on Nintendo Switch. This is actually the third version of the Nintendo-property-skinned genocide simulator from developer Koei Tecmo, having previously been released on WiiU and 3DS. I’m told this one suffers with less frame rate issues than the previous incarnations, but having never played them, I couldn’t say for sure.

You take control of various familiar faces from the Legend of Zelda franchise history + KT’s self-insert character, that I’m fairly certain is contractually required in all such games. The game opens with Hyrule castle being attacked by enemy forces and Link – here appearing initially as a fairly standard guard, training at the castle – find’s themself on a chaotic battlefield full of demonic looking little bastards that need a strongly worded… sword to the face. Hack cleave and grind your way around the map, following blips on your minimap and character conversations in a tiny box on the bottom left of the screen. 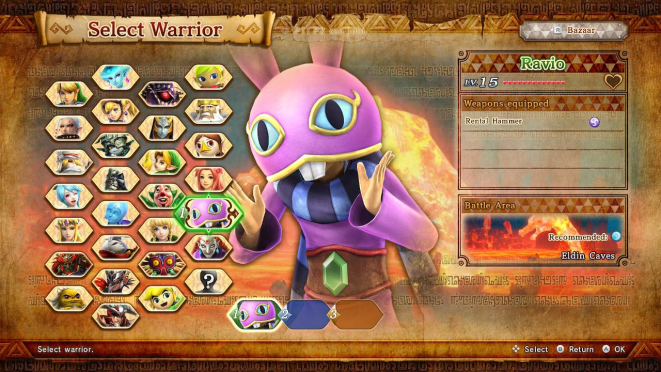 Ok, here goes, I’m going to wade in with everything I hate about this game *hits the badge shop and throws all the resources into defence badges*. I get easily overwhelmed. It’s a thing. If there’s too much going on around me in the street, I sometimes need to just go hide in a toilet stall and gather myself. So the idea that I would have to track hundreds of onscreen enemies, a minimap that could do with being about 10-20% larger to be clear enough, and unvoiced character conversations in a tiny corner of the screen. That’s too much, man!

*waits for the bottles of piss to stop being thrown*

Right, so here’s the thing. I love this game. I’ve been playing it every spare minute and I nearly blew off going out for my friend’s birthday this weekend because it would have allowed me another 8 hours of solid play. In spite of all I listed above, this game is brilliant fun and very addictive. The first thing I had to learn – as this is my first time really digging into a Warriors game – is that a lot of the shit on screen really doesn’t matter. You just push your way through the general minions to whoever the quest marker deems important, like a white, middle-class woman with a bob desperate to take her ire out on the store manager. Then, if the quest marker isn’t satisfied with their answer, you go find someone more senior to shout at until victory happens (look out summer 2019 for Soccer Mom Warriors).

As you progress through the game you’ll gain experience from those that fall at your blade (or crossbows, or book… somehow). As you level up, your characters become stronger. Just stronger, no other stats matter. Just how ready you are for more slaughter.

Randomly brutalising any enemy with a health bar can gain you extra weapons or materials. Weapons add a little more strength to your attacks and often come with various elemental or bonus perks. These perks include the ability to find better weapons (with higher damage or more perk slots), power up certain combos, have advantages against certain enemies, or the ability to find better materials. Perks can be swapped into empty slots in the smithy between battles, for a price.

The final way to power up your characters is with badges. These are crafted between levels and allow yet more perks. These come in three delicious flavours: attack, defence, and assist. The attack badges unlock more combos, more damage against defending foes, give additional special attack uses, etc. Defence badges will let you take less damage from different elemental sources or allow use of health potions. Assist badges allow you to take over enemy keeps more quickly and increase the duration of certain power-ups. Each character will need their own badges, and each may require different materials for the same badges, on different characters. So there’s going to need to be a lot of item farming if you want to unlock everything for everyone.

The Story Mode takes you on a super meandering journey through Hyrule to defeat Cia (a witch originally tasked with keeping the balance of the Triforce) as she causes chaos while trying to gather up some funky glowing orbs. I’ll not spoil the plot here, but there’s more to it than that, obvs. The story takes several branches along the way, as you get to visit areas from Ocarina of Time, Twiglet Princess, and Skyward Sword. Then sends you back to see things from other perspectives. See how things got going for Cia and her captains – Volga and Wizzro. In addition, you can enjoy Linkle’s side adventure. (Side note: Pleeeeeease Nintendo, we need you to fully adopt Linkle, she’s hecking awesome and needs to be in mainstream LoZ games).

The graphics are beautiful and the characters are really nicely modelled. It’s really good to see hi-def versions of so many familiar faces form LoZ history. Each of these warriors plays quite differently, having different movement speeds. From the plodding Goron, Darunia to the fleet of foot Link. Each character has a number of combo attacks and specials to wreak havoc on the armies that oppose you. The animations for these are pretty stunning, but can get a little repetitive if you’re playing the same character for an extended period. A perfect excuse to swap out to another of the 28 playable characters.

As well as the familiar playable characters, there’s some familiar boss monsters in the shapes of King Dodongo, Gohma, Manhandla, the Imprisoned,  the Helmaroc King. They all look stunning and all need to be taken down at some point. Luckily, you’ll slowly be gathering the unique items during the game that will help with this. Series favourites like Bombs, boomerang, hookshot, bow and arrows, and hammer will help you take those giant, aggy arseholes down in short order.

While all the original game characters are open from the start, the DLC characters of old now have to be unlocked from Adventure Mode. Speaking of which, here’s where you’ll be spending a considerable amount of time if you want to get those final characters and indeed the epic number of alternate character costumes and weapons that are hidden away. I’d felt like the Story Mode had been a good value for money experience. Then I popped open Adventure mode – as the character select screen was now showing a bunch of question mark characters in addition to those I already had – and it suddenly became obvious to me that amount of content in this game is fucking ridiculous. 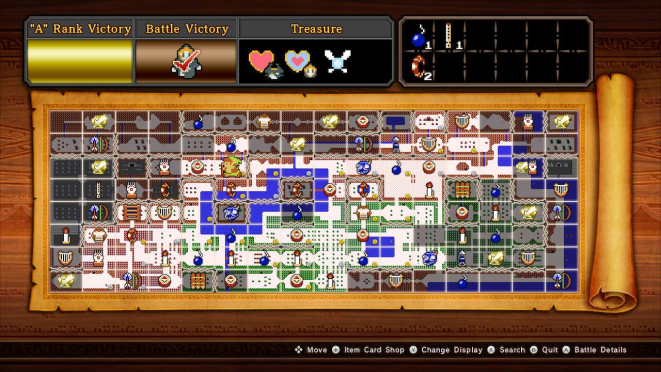 There are 9 separate Adventure Mode maps, each with slightly different mechanics, but based on a previous LoZ game. Each cell of the map represents a different challenge and can lead to new character, weapons, costumes, or item cards. These item cards can then be used on certain cells to open up more rewards in other cells of the map. Each of the maps features a wide span of difficulties per level and each map is rated overall from the menu. This is an epic task and should take you a decent chunk of time to work through. I’ve probably put about 16 hours into this mode and still have 2 characters to unlock and I’ve barely touched the weapons and costumes yet. Challenges include slaughtering more mobs than your opponent, butchering a certain number of enemy captains, trouncing a number of boss monsters in a time limit, slaying specific foes to answer questions, and more. Basically, this game does killing a lot.

LoZ has some pretty iconic music, and HW:DE does a wonderful job of covering them as stunning, driving guitar tracks that really add to the metal as fuck mass slaughter fest. I’m terrible for turning off game music and whacking on my own tunes most of the time. I had no intention of doing so with this because it’s just too good. I can’t recommend the soundtrack for this enough.

Hyrule Warriors: Definitive edition is out now on Switch.