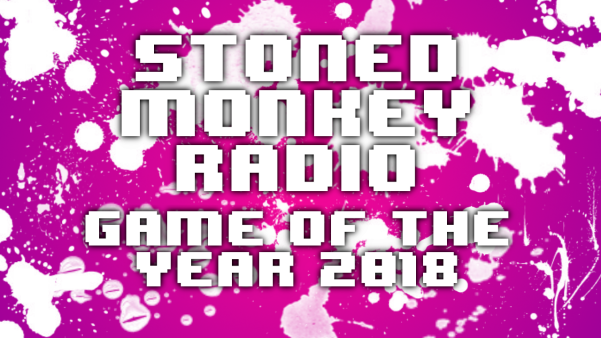 2018 was a bit naff on many levels. Luckily games give us some emotional padding from the horrifying realities of the world. A fantasy buffer zone where we can escape from the seemingly endless injustice of the world at large… unless you happen to be in the middle of those troubles, and the videoed games are not an option for you. *bell rings* Ah, it seems I’ve sufficiently brought down the mood of this piece already. Happy new year everybody, here’s my top five games of 2018.

Let’s get the big names, everyone’s expecting out the door first. This doesn’t mean they were better than the others, or even that I spent the most time with them. They’re just getting their junk licked first so casual readers can get their confirmation bias fix and enjoy the rest of the article in a post-masturbatory haze. 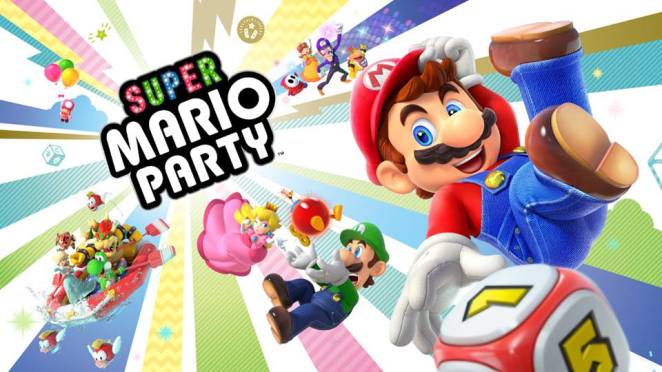 SMP was a solid day and a bit of minigame madness, full of chips, dips, joy-con waggling, and digital high fives. It was the first Mario Party game I’ve played with someone else and the one I’ve gone back to the most after completing everything. I’ve no idea how good it would be solo, but with two or more, it’s great fun in fixes from 40 minutes to several hours.

Pick a fan-favourite character from the Mario franchise, roll dice, move around the board, compete in minigames, collect coins and stars, achieve victory or just have fun trying. Then unlock characters or try another mode. Definitely worth the money and a great way to share time with friends. After all, aren’t we generally social creatures, needing time with our fellow beings. The nice ones who are kind and share our morals, not the shitty friends who only tolerate us, but we hang out with because we think that’s all we deserve. You deserve better than that.

Aww yiss. Smashy, slashy, bashy, the fashy. If you’re like me – someone who feels generally out of control as the world thunders on through space and time, a seemingly unstoppable force, covered in people who generally just want to get on, but are painted to be horrible bigots, because of a vocal few who care for nothing and no one and are pushed to ever more vile deeds by those with a genuine agenda of hate for some group or other, for some reason or other – then perhaps you’re generally a pacifist, but enjoy the odd power trip in a game. If so HWDE may be for you.

Taking the control of one of the Legend of Zelda series heroes or villains, you go through a decently long story, killing hordes of enemies. You are a typhoon of slaughter, with thousands falling in your wake (sometimes thousands per level). While it can be hard to follow plot points that come up during the level, due to the sheer amount of stuff going on (though maybe that’s just me and sensory overload issues), the actual flow of combat is very satisfying, and leaves you feeling kind of a badass.

Once the story is over, there’s also the adventure mode – which is perhaps a full length RPGs worth of content per map. Here you can unlock more characters (not the same ones you had to unlock in previous editions of the game), new weapons, fairies that you can raise like Sonic Adventure’s Chaos, new costumes, artwork (by collecting gold skulltulas), and more.

Having recently played a good amount of Dynasty Warriors 8 Xtreme Legends on Switch, you really can tell that they’ve taken that formula and made it much much better, and generally more satisfying. HWDE is possibly the finest Warriors game Koei Tecmo have made, and looking at Dynasty Warriors 9, it may be the best they ever will. It’s a wonderfully violent romp that’s just the thing for getting out some of the anger you may feel at the world, in a safe and healthy manner.

Roll around stages, sticking shit to your Bumble Ball looking thing to get bigger. Eventually roll up the whole world. It can all be yours. It’s about working out the best way around a level, to get a huge as possible, as fast as possible (or getting a load of a particular thing (or getting just one of a thing (but fuck those levels, they suck scabby old ball jerky (ahem, Jane honey, you’ve gone off track. Right!)))) *giggles at pair of butts*. What are you waiting for? Go get it now, you need this, you medically need this *stares into your soul, wondering why you aren’t playing it right now, instead of reading this oddly unhinged article*.

Are you barely competent at action platformers? Do you dig on rogue-like mechanics, but have a dangerously addictive personality? Then have I got a reason for you to be late to work all month. Dead Cells is the tale of a bunch of cells, possessing a suit of armour, and slaughtering the denizens of a corrupted land, in order to gain profit (cells). More cells = more and better weapons unlocked. Kill all the things, take branching paths through the world, enjoy fascinating and beautiful pixel art scenery, thrill at fluid movement and control, die a lot, try again, and again, and again, and again, forever. There is no life, no work, no friends or family. Only One. More. Run.

Goodness, these games sure were great. Some real stunners there, but which game was greatest? Which game was most fun? Which was punishingly hard, but even I, the quitter extraordinaire managed to keep on bashing away at? Which game had the most tentacles? Which had the cutest death animations? Which left the competition hiding in a bin, surrounded by groaning, glowing-eyed zombles? Game of the year – Basingstoke

Oh, hi there. Welcome to Basingstoke, a game far more interesting than the real place I went through on the train the other day (though I’m assured by Twitter that there really are zombies on the high street). Grab your kebab, slather it in sauce, and yeet your spicy distraction towards a group of the most adorable, yet deadly zombies you could ever hope to see.

Basingstoke opens with you going for a job interview, but within 5 minutes, you’re in a toilet while the world falls down around you and is promptly filled with zombies, aliens and gorgeous, writhing, very keenly tactile, beautifully coloured tentacles. Did someone order a self-saucing kebab? No? Ok then. (I’ll finish this article later, I suddenly have to nip off and do… something for a bit, and then take a shower.)

After the downfall of humanity, you’re left wandering the town, gathering crafting supplies, fashioning makeshift flamethrowers, heading to the pub, seeking keys/passcodes, and forging on through the horde and trying to avoid getting turned into the cutest gibs you’ve ever seen (or a pile of sweeties if you prefer).

There’s something about this game that I can’t stop coming back to. It took me too long to work out how to do a bunch of stuff (despite it being really rather clear. I’m just a goof), I’ve taken hours to finish very early levels of the game, I’ve restarted so many times, but I still absolutely love this game and will shout it’s praises for some time to come (and stream me fucking it up on the regular). It’s really tough, but fair. It beautifully lit, it’s gorgeous to look at *winks at tentacles*, builds atmosphere wonderfully, it sounds good, it’s fun, funny, silly, vastly entertaining, and just generally great. A bajillionty gold stars for this one.

Bow to your zombie overlords. Worship your gorgeous, writhing, strong, and sensitive tentacle gods *bites lip*. Give in to the glory of Basingstoke (probably the first time anyone’s ever said that) for it is the greatest game of 2018. Give Puppygames your money for they have fashioned true greatness. It is not a happy new year, for we have fallen away from the year that gave us this masterpiece. What pitiful worms we are now. All is lost. Play Basingstoke