Better Than A Head In A Bucket – Oculus Quest

Surely it is the goal of every friend group to sit around watching one of your number strap a box to their head and then flail around at nothing while the rest video it for light ribbing at a later time? Surely we all dream of being punched in the knees by someone slow motion fighting an invisible enemy? Surely, we all sat too close to the TV as kids, to try and capture the full cinema effect (and were perhaps told by a relative that our eyes would go square if we did so (well the screen’s strapped to my head now granny, what you gonna do, huh))?

Well worry not, your prayers are answered, and just like many other prayers, there’s going to need to be a large cash outlay to some middleperson before they’re willing to let said prayers on through.

Slightly strained metaphor there, but what the heck.

The third-ish generation of virtual reality gaming is here (I say third, we’ve got like the Virtuality headsets of the 90s (I’m not counting the Virtual Boy, no one should), then the more recent Oculus Rift/HTC Vive/PSVR era, and now this. Hurrumble) and it’s definitely moving in the right direction. First off the headset isn’t nearly as heavy as some, and the fact you don’t need any wires really helps lighten that load. It’s a lovely shape and the tiny IR cameras are fitted snugly into the body of the unit. On top of that, the Quest doesn’t require any additional sensors around the room to function, making it super convenient to use. 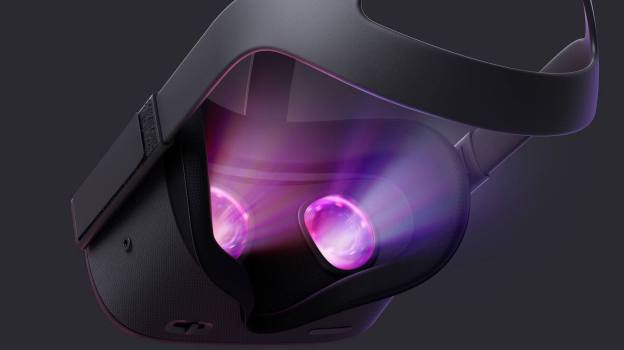 Inside the headset you’ll find the padding around the eyes is comfortable and the screens fill a good amount of your vision. My only gripe here is that there is a lot of space around the nose that lets in light, but keep your eyes up and you can still stay very immersed. The box it comes in also includes a spacer so you can comfortably wear glasses with it, woo!

There is a headphone jack on the side if you want to go that way, but I found the speakers really good and clear for directional sound. Plus, not having to wear separate headphones means that more of your head is free and therefore cooler (especially important if you’re really leaping around playing the likes of Beat Saber).

The Quest boasts a per eye resolution of 1440 x 1600 (which is better than the monitor on my PC if I’m honest) and looks really crisp in the games I’ve tried. 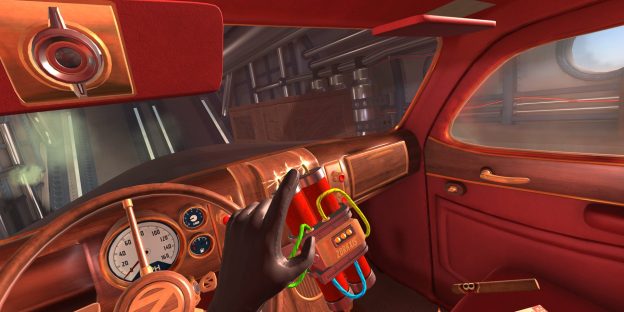 The unit stays in place thanks to three velcro straps which can be individually lengthened or shortened. I initially found that looking up and down could cause the headset to slip slightly, but I managed to resolve this by lengthening the overhead strap and tightening the sides up. I’ve also seen online that some folx have tried strapping a battery pack to the back to balance the weight (handy if you want to play long sessions without plugging to the mains).

I’ve found the head tracking to be spot on, though you can sometimes find that the controllers aren’t in quite the right place if they’re held down by your side or slightly behind you for an extended period. However, this can be easily fixed by moving them slightly forward, within sight of the cameras for a moment.

The Quest features the ability to use full room-scale VR, without the aid of base stations or additional cameras, which is awesome as heck, if you have that kind of space. Just enter room-scale setup, pop a controller on the floor to set the height, and then draw a line around the useable space in the room (or rooms it turns out. I tried seeing if I could draw the play area into the kitchen and hallway, which it did just fine, but was odd to feel like I was looking through walls in my flat when I saw it).

Once you’ve drawn your space out, it will be remembered between sessions with great accuracy, as long as you haven’t moved large objects around the room. However, if you open a curtain or move something large, or turn on a very bright light, you might find the unit struggling to recognise its surroundings.

If you don’t fancy wandering around in a virtual world, you can just sit down and use the sitting setting. This creates a virtual tube around you and doesn’t get too fussy if you just reach slightly outside this to manipulate virtual worlds. My only minor annoyance with this is that if you switch to sitting mode, you will have to redraw the room again if you switch back to room-scale 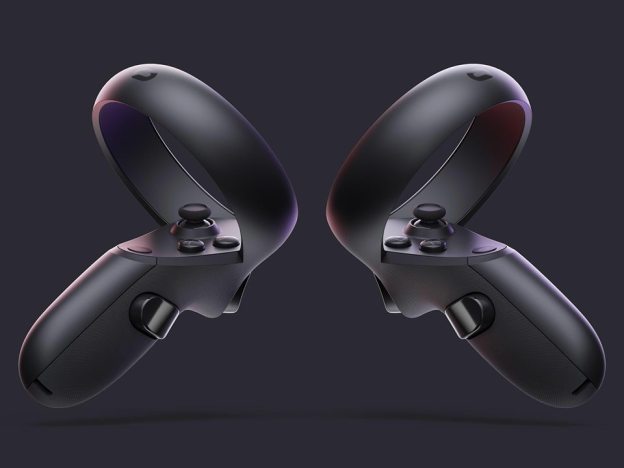 The controllers are lightweight, but feel nice, have easy to find buttons, a good analogue stick, and an impressive rumble for something so light. Additionally, the batteries on the controllers last a really long time (I’ve played all through Superhot VR, Virtual Virtual Reality, most of I Expect You To Die, plus days of Beatsaber and Tilt Brush, and so has my fiancée and they’re still on about 50% power). Furthermore, if they do run out and you want to play in a hurry, they will run off of a single AA battery each, which is great.

As for the battery life on the headset, you’ll find this depends on how loud your volume is set and how fancy the graphics on your game are, but on average, I’m getting about 3 hours of intensive use out of it before it needs a charge. Though you can just plug it in and play from the mains if you want (I thought I wanted, but I realised 3 days in I’d already become a cable snob (who even am I anymore?!)).

The system comes with in 64gb and 128gb versions, retailing at £399 & £499 respectively. I’ve got a bunch of games installed on a 64gb system and there’s still around half the space left. It helps that most are only about 3gb so once you get the current 10 best games installed, you’ll still have plenty of room for all your Tilt Brush art. For what the system is, and what it will be mostly used for, I think 64gb would be plenty for most people. 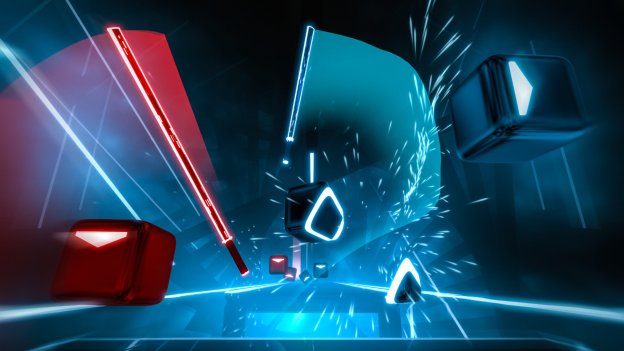 The big question really has to be, is it worth it? Honestly, I’m not 100% sure. I love using it, I love the fact we have one at home, I love that I can take it to a friends house and show them VR without having to lug a PC around as well, I love the immersion, I love that Beatsaber made exercise more fun, I loved watching VR videos from space, I love the big screen cinema experience in my living room.

But… It’s very expensive for what it is. For the same price you could get a PS4 Pro or most of an Xbox One X or the deposit on a gaming laptop, so if it’s this, or something else deal, maybe get something else. However, if you have the money to spare and no other commitments, go for it, it’s brilliant.