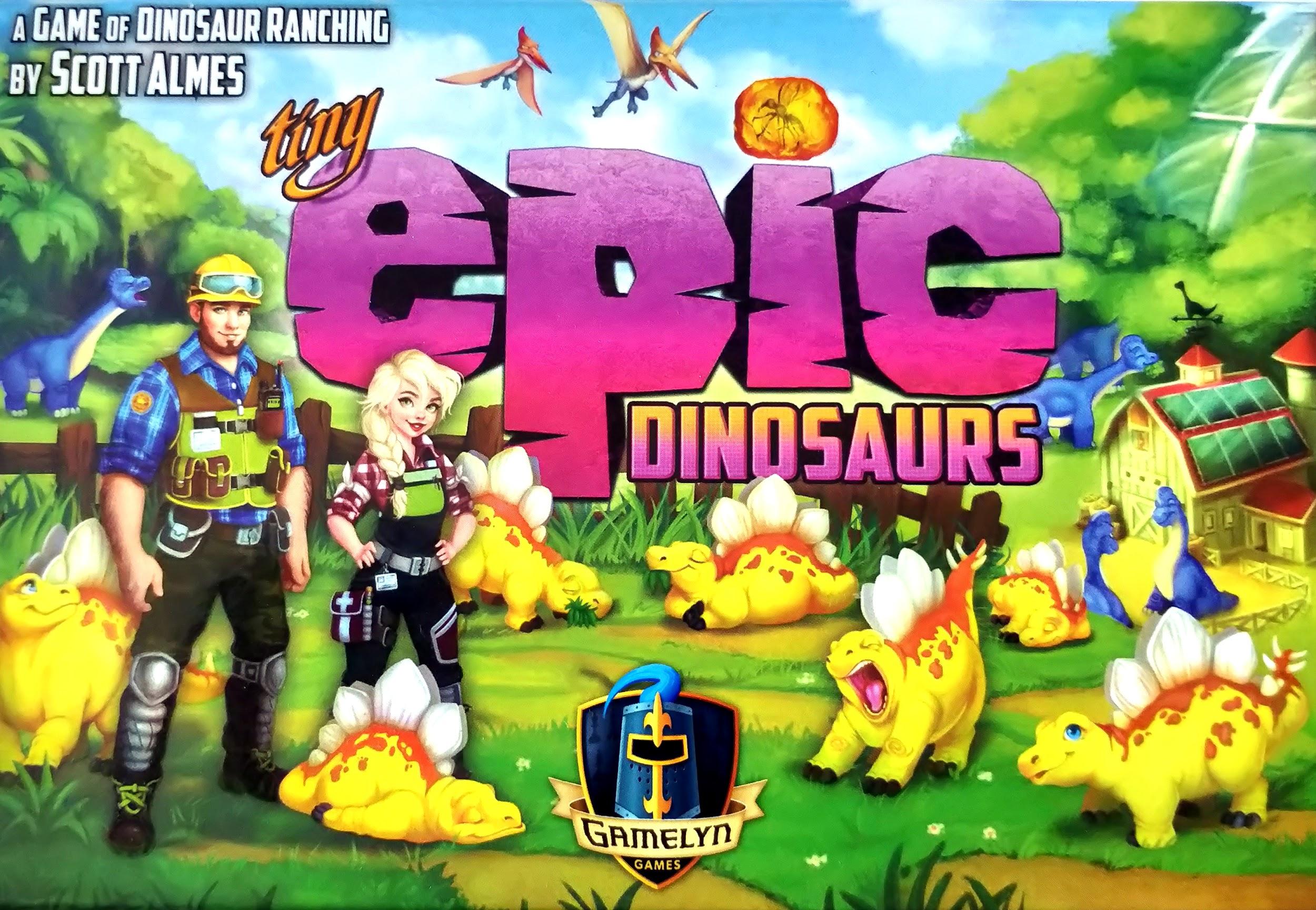 They Should – Tiny Epic Dinosaurs 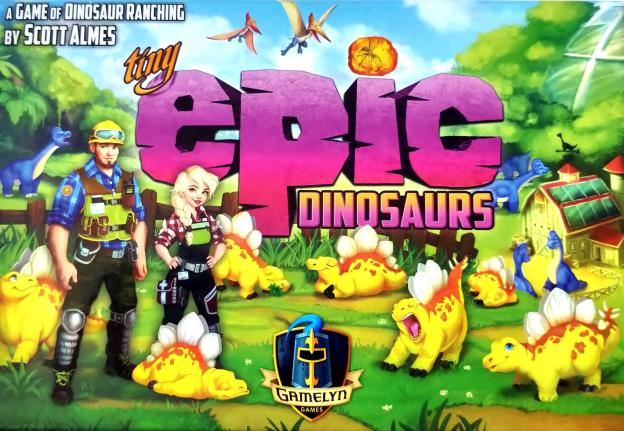 I looooooove the Tiny Epic games from Gamelyn Games. Since my first (Tiny Epic Zombies) I’ve picked up three others for myself as well as another three as gifts for friends. The matching, small boxes, packed with tons of great gameplay are always a winner amongst boardgamers. My most recent arrival is the wonderfully vibrant Tiny Epic Dinosaurs.

The box art is fantastic, with its bold, bright colours, outside and in. The contents follows this beautifully with 70+ wooden dinosaurs, food and supply markers for each player (1-4), and a number of ranger meeples. 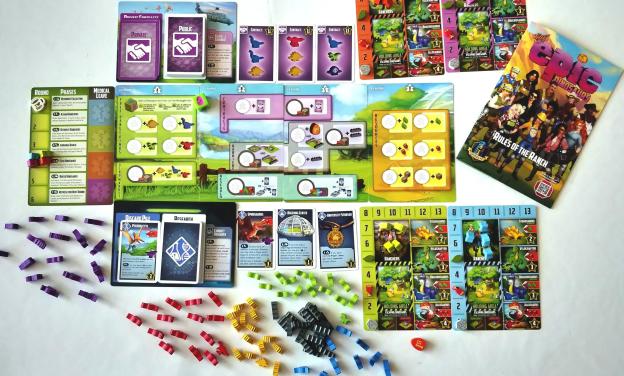 TED is a worker placement game with a modular board (the four cards can be flipped depending on the number of players to keep things balanced). Your goal is to score points by fulfilling public and private contracts. By buying certain dinosaurs in, you can work towards fulfilling a contract. However, you have to keep each species of dino separate on your tiny player board. Not only that, they’ll need a full enclosure, if your park has no walls, they could just wander off and drink out of some rando’s swimming pool.

The game is played in a number of sections, over multiple rounds. Gain supplies according to what icons are showing on your play mat. Then players take turns to place rangers to gain food, supplies, dinos, fences, items, unique dinos, move fences that are already on the player board, claim the first player token, or complete a contract. 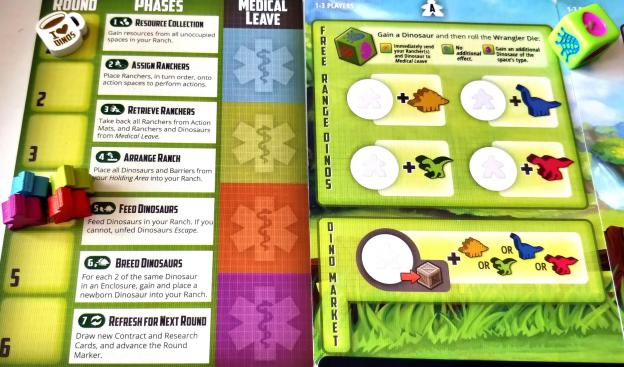 Next you arrange your park, placing down fences and putting dinos in enclosures. This can get a little Tetris and there’s hard decisions to be made. Especially as you can’t move fences that were already placed, during this part of the game.

Once safely in their enclosures, you must feed each dino (failure to feed them leads to them breaking out and potentially eating eachother). And finally breeding any dinos where you have a pair in the same enclosure which also has enough space to house the newborn. This could be a good thing if you need more of that dinosaur, but they will need feeding.

Then you start all over again. Once 6 rounds are over, it’s time to tot up the final scores for the contracts you’ve completed and declare a winner.

While it sounds pretty simple, the limited space on the player boards can often leave you scratching your head as to the best choice of position for fences and dinos. On top of that, there’s the risk that when you take a dino from certain spaces on the main board, that you’ll roll a die and end up with an extra baby for free. This could be great, or a sudden mouth you’ll need to feed that will be more hassle than it’s worth. You must also consider which spaces on your player board that you cover, as this will stop you gaining the benefit of unoccupied squares. 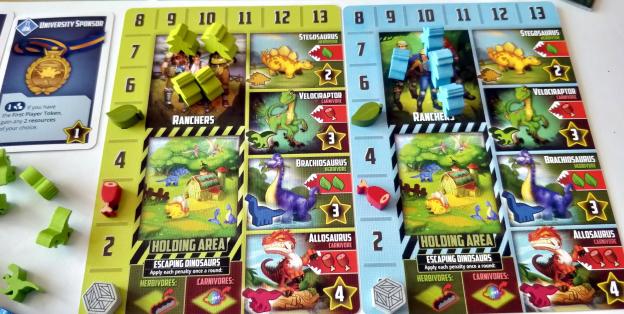 Tiny Epic Dinosaurs is a lot of fun, but it’s a much slower and considered game than a lot of Gamelyn Games other entries.